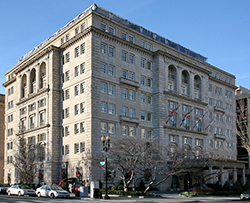 Prior to 1919, Albert MacC. Barnes, Jr., and Frank M. Halstead had worked for the federal government and therefore had experience in the trade business. He served as the deputy District Appraiser of Merchandise at the port of New York. He later took a role in the assistant general’s office after resigning from his role as the deputy District Appraiser in 1913. Born in Tacoma in 1872, Halstead worked his way from law clerk to head of customs. His impact at the customs agency was notable when he advocated making custom collectors, surveyors, appraisers, and assistant appraisers civil servants rather than political appointments. His other notable reforms include; bringing to an end the”last legal graft” in the customs service. He further contributed to the agency’s reform process by castigating some unnamed districts for “zero efficiency” in their operations. In the year 1919, the two, together with Mr Chilvers, whose information is little known, founded Barnes, Chilvers, and Halstead, a firm that would eventually become Barnes, Richardson, and Colburn. The firm was originally based at 2 Rector Street, New York, but is currently based in 100 William Street Suite 305 New York, NY 10038.