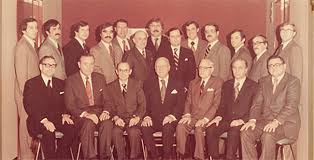 In 1975, Barnes, Richardson, & Colburn partners J. Bradley Colburn, Earl. Lindstrom, E. Thomas Honey, Rufus E. Jarman, and David O. Elliott, on behalf of Yoshida International, challenged the Nixon shock of 1971, whose introduction was increasing inflation in the U.S (United States v. Yoshida Intern., Inc). The President had imposed economic measures that would, among other things, add an across-the-board surcharge of 10% on imported merchandise. Yoshida questioned the President’s action and whether he had the legal authority to impose the surcharge. According to the Court, the president was guided by the Trade Expansion Act, though the scope of authority was limited to terminating existing proclamations having to do with trade. The Court established that the President had no power to set new rates of duty unilaterally. This was a win for Barnes, Richardson, & Colburn. However, it was only for a short while because the Court of Appeals established that the action by the president was within the power delegated to him constitutionally.