A variety of disruptions have combined to create a perfect storm scenario in the baby formula market in the United States. This perfect storm has created an economic and national security threat that has left American families struggling to find the much-needed baby formula. Stores are experiencing out-of-stock percentage as high as 50% with Texas, Arizona, Nevada, Montana, Kansas, Tennessee, and West Virginia being the most impacted states. 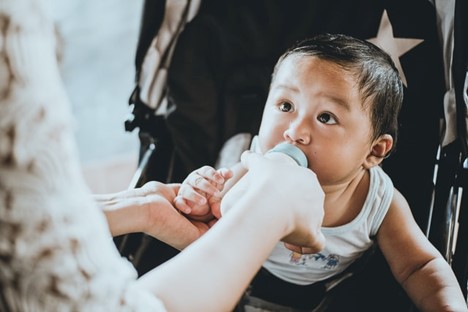 To some extent formula producers have been impacted by the same issues other companies have encountered during the COVID 19 pandemic. Delayed deliveries, rising prices, and a nationwide labor shortage all play a role in the current shortage.

Adding to the issues in the baby formula industry is the fact that it is dominated by four major producers. Abbott, Gerber, Mead Johnson and Perrigo collectively control 90% of the baby formula market in the U.S. and supply the major national stores including Walmart, Target, Kroger, CVS, Walgreens and Sam’s Club.

Abbott, which produces 40% to the baby formula in the market, issued a voluntary recall in February after the death two infants from bacterial infections that may be linked to the company’s formula products. The facility in Sturgis, MI has since been closed pending an FDA inspection to identify and document the alleged contamination. Thus, the COVID 19 issues have been compounded by a production issue.

The White House has drawn criticism that the Biden administration has been to slow to respond to the crisis and that the FDA is taking too long to conclude the investigation, as the investigation did not begin until several months after the recall. In the face of this criticism, the White House has announced steps to address the baby formula shortage and attempt to increase supply as quickly as possible. Among other steps, users of the Special Supplemental Nutrition Program for Women, Infants, and Children (WIC) will benefit from a wider range of formula products now eligible under the WIC program to allow users to purchase types of formula that are in supply that would otherwise not be eligible for WIC benefits. The Administration is also expected to partner with Mexico, Chile, Ireland, and the Netherlands to incentivize the import of supply in attempt to curb the ongoing shortage.

Interestingly, and perhaps instructively, formula manufacturers are also modifying some operations to address the shortages. For instance, some manufacturers are streamlining the types of formula they produce. Typically, manufacturers offer a range of formula quantities for sale. By incentivizing a simplified product offering and reducing the quantity variations, producers will be able to increase the speed and scale of their output.

The White House did not provide a timeline for adequate supply replenishment, but the shortage is expected to last through the end of 2022. However, it is likely that the United States baby formula market will emerge from this crisis with a more resilient and flexible supply chain than it had prior to the crisis.

If you have any questions about your supply chain, do not hesitate to contact any attorney at Barnes, Richardson & Colburn, LLP.